Songs from the land between two rivers – the Assyrian homeland – are rich and diverse, yet mostly unheard by even the most voracious music lovers. Evan Yako & Rachel Sarah Thomas are on a mission to share their culture’s music with the world.

Songs from the land between two rivers – the Assyrian homeland – are rich and diverse, yet mostly unheard by even the most voracious music lovers. Evan Yako & Rachel Sarah Thomas are on a mission to share their culture’s music with the world.

Evan Yako and Rachel Sarah Thomas are divided by oceans and continents, but united by a mutual passion for honoring their Assyrian cultural musical traditions. Yako is a sought after session drummer, touring artist, and producer who is known for his unique world-fusion jazz drumming and meticulous production style. He has worked as a producer and tour drummer for some of the best international musical acts such as European Songwriting Award winner Sara Bird, Flamenco guitarist Paco Lara, Smooth Jazz recording artist Andrew Oh, and indie-roots songwriter Kell Taylor. In the Assyrian world he produced and played drums on Deshta D’Nineveh for the icon Ashur Bet Sargis, as well as Planatarian for contemporary world-beat band Azadoota. Yako is a winner of the 2015 NSW Humanitarian Award for his Healing Through Evan Yako’s Drumming. He has performed in numerous world music, jazz and folk festivals and is proudly sponsored by SONOR, UFIP, and Facus Drum Innovations.

Thomas is a mutli-faceted vocalist and songwriter known for her agile and ethereal vocal ability. She performed for most of her career as electro-pop project KSRA, which toured nationally, opening for artists like K-Flay and Thievery Corporation, and resulted in collaborations with rapper Talib Kweli, and a production partnership with Grammy Winning Hip-Hop duo Tha Bizness. Her song, Corners Of Your Mind, co-written with NYLO for producer Thelonious Martin, was picked up by Empire Distribution and aired on Cartoon Network. Her debut album Petra was featured on NPR and LGBTQ hit film Henry Gamble’s Birthday Party.

The two artists met when Thomas heard an interview Yako gave for the Assyrian Podcast. She reached out about starting a joint educational program teaching drumming and voice to youth in Northern Iraq, but that project was put on hold when the Baghdad protests began and then COVID-19 made international travel difficult. However, as they discussed their project details they realized their collaboration had potential beyond the initial educational venture.

They found they shared a love for Assyrian music and had a mutual desire to expose a non-Assyrian audience to its beauty. To both artists, Assyrian music is an equal contender in its caliber and value within an arena of world-class musical repertoire. The melodies and rhythms of the land of two rivers – the Assyrian homeland –  are rich, diverse, and largely unheard by even the most voracious of music lovers.

Both Yako and Thomas are artists who enjoy flipping scripts and turning things on their heads. They began brainstorming songs and came to the idea of creating mashups, juxstaposing their favorite Assyrian songs with their favorite pop, jazz and contemporary tunes. WIth a love for organic instrumentation, they agreed to record everything live, with Yako working with some of the best session musicians to perform his distinctive arrangements at Real Rhythm Studio in Sydney, Australia. Once the arrangements are recorded, they are sent to Thomas who then records her vocals from her home studio in Chicago, USA.

While the mashups are the duo’s current working project, the pair have their sights set on releasing an album of original Assyrian jazz and folk songs, for which they are now in the writing stages. Evan and Rachel are releasing their music through Real Rhythm Studio’s label RRS.

Evan Yako is proudly sponsored by: 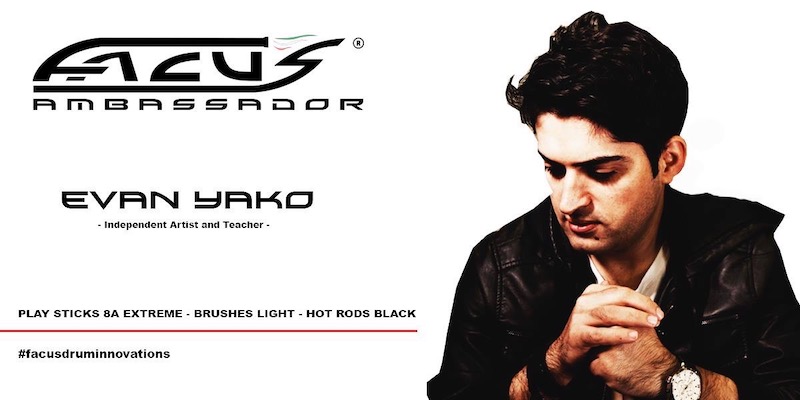 GET IN TOUCH WITH US

You can get in touch with our friendly staff on 02 8764 3882 or send us an email by clicking below button. We are happy to answer any questions.