Evan Yako is an Assyrian session drummer, educator, music producer and creative director of Real Rhythm Studio in Sydney, Australia. His passion project, Healing Through Evan Yako’s Drumming, supports young people in connecting with the power of music in schools. His first solo album, Inspirational Stories will be released in 2021.

Evan’s passion for World, Fusion and Jazz music began in childhood and his earliest memories include playing pots and pans as drums. Not being raised in a musical family, Evan rescued plastic buckets from the local neighbourhood to create music. He soon became known for his unique drumming style and before long he was asked to audition for a local band. Evan turned up with his buckets and, in that moment, history was made.

Recognised in the industry as a session and studio drummer, Evan Yako has supported local and international artists get acclaim. He has performed in numerous world music, jazz and folk festivals including Peats Ridge, Blues and Roots, Art Not Apart and the National Folk Festival Canberra. Among his influences are Steve Gadd and Dennis Chambers. 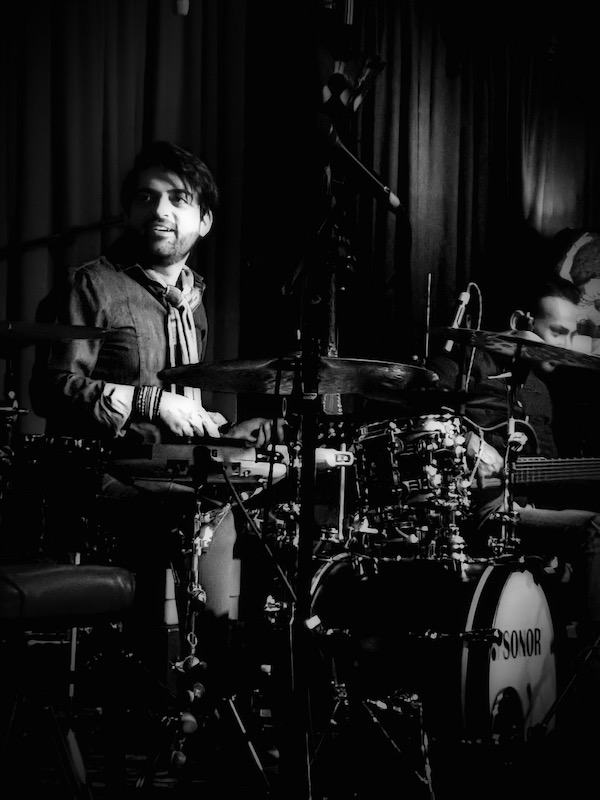 Evan has played drum tracks in over 45 albums and performed for Australian and American television including Sunrise, Fuel TV, the Australian Broadcasting Corporation and SBS. He has studied under Mitch Farmer and renowned Australian drummer David Jones. Evan hails from a unique cultural ancestry, that of the Assyrian people. His grandparents were displaced from their Indigenous ancestral territories in the Hakkari region and ended up in Iraq. At the impressionable age of 16, after years of war, Evan was forced to flee with his family as a refugee. Among the first drummers of history, Evan continues an ancestral legacy with a modern fusion twist.

Evan Yako is proudly sponsored by SONOR and UFIP Cymbals. He resides in Sydney, Australia with his partner Deena and daughters Melody and Harmony.

Humanitarian Awards 2015 as Best Project Award by NSW Service for the Treatment and Rehabilitation
of Torture and Trauma Survivors from the Refugee Council of Australia, Settlement Services International
and Illawarra Multicultural Services Inc.

Evan Yako is proudly sponsored by:

GET IN TOUCH WITH US

You can get in touch with our friendly staff on 02 8764 3882 or send us an email by clicking the button below. We are happy to answer any questions.